Americans are optimistic contrarians. Most of our ancestors (who chose to come here) had some gripe with the way things were working back home and decided they’d rather make a go of it somewhere else. They were optimistic about creating a better life in America.

The concept of America was a new one, and it was not perfect out of the gate. We’ve had a lot of ups and downs over the last 250 years, but I believe we’ve been anchored in perpetual optimism that things continue to get better. Change is good. Just as we marched to the Pacific Ocean, we have always marched toward progress, even when we may not have exactly known what we meant by progress, and even when we knew there would be casualties.

By European standards, America’s march toward progress is downright reckless. Nowhere else can you find a similar drive to achieve. I believe that only in America could venture capital have been born, and only after a couple of hundred years of refinement of the American dream. It’s like we’d been reducing the capitalism sauce for centuries to make VC. An integral step in that process was the American settlement of California.

California has always been literally and figuratively way out there. It is a place where dreamers go. Every American could benefit from living at least a few years in California. I spent my 20s there, chasing a dream that put me on nearly every backroad in the state, from San Diego to Humboldt County, Death Valley to Silicon Valley, Yosemite to Venice Beach.

California is geographically and culturally enormous and has a proportional influence on the rest of the country. A seminal event in this chapter’s brief history of venture capital was the discovery of gold in them thar hills. In the mid-19th century, Americans had the opportunity to head west…again. Just as they’d crossed the Atlantic to get to the new world, they again donned their optimistic contrarian hats and headed across the continent.

It’s easy today to think that 49ers were get-rich-quick schemers. But there was nothing quick about getting across the country in 1849. The Transcontinental Railroad would not be complete for two more decades. Once they arrived at their destination, new Californians were met by an ample amount of hard manual labor with no guarantees of success.

The 49’ers had embarked on a life-threatening journey that included indeterminate amounts of hard work, all of which could very well lead to nothing. Sounds like a startup to me.

Back in the 1800s, California represented the opportunity for Americans to escape rigid east coast hierarchies, old money and old power structures, just as the American colonies had been an escape from the fossilized hierarchies of Europe. Escapism, opportunism and freedom were themes reinforced by the gold rush, creating a new kind of wealth and a new kind of capitalism. All money was new money. California was anarchy by European standards.

Gold induced the first huge wave of American westward migration. The great Dustbowl the second. In between and ever since, California has been populated by dreamers who in one way or another wanted to take advantage of its amazing natural resources: gold, sunshine, fertile land, oil and, oh yes, other dreamers. Lots of other dreamers.

Since statehood in 1850, California has been home to numerous boom and bust industries, or what I prefer to call hit-driven businesses: gold, oil, defense, aerospace, entertainment and real estate.

A hit-driven industry is one in which big winners pay for lots of losers. Numerous bets are placed on opportunities that have the potential to be hits, with the full understanding that a significant percentage will not work out. Failure is a necessary part of the plan. 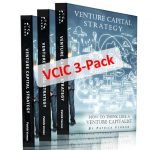 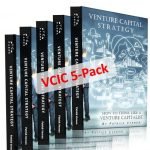 Email [email protected] for more information about how to incorporate VC Strategy into your curriculum. Syllabus and lecture PPTs available.