In the last chapter, we looked at the fundraising process for VC firms, whose GPs (general partners) go on the road much as startups do to pitch to investors, who will become the fund’s LPs (limited partners). Most of the capital raised by VC firms comes from institutions. Hence the definition of venture capital, institutional equity investing in high growth startups.

Once we have secured enough commitments from LPs to reach our fundraising goal, we may close the fund, meaning that it is closed to new investors and we are ready to invest in startups. But how do we find them?

It is time to go unicorn hunting, a process lovingly referred to as sourcing deals. In this capacity, VCs remind me of the old-fashioned A&R reps of the big music labels. Arts and repertoire, A&R, guys (and like VCs, they were mostly men) were the talent scouts. It was their job to scour the local and regional music scenes to find the next hot band, sign them up and develop them into stars.

VCs similarly must work our channels to find the next great startup. This is a surprise to many entrepreneurs, who fantasize that VCs are kicking back in La-Z-Boy chairs, smoking cigars and dolling out cash like the Godfather or the sharks on ABC’s Shark Tank.

Most VCs acknowledge that venture capital is a service business. We don’t just provide capital. We also provide advice and connections and often play an active role in a startup’s pursuit of a unicorn exit, as we’ll discuss in the next chapter about growth. VC firms have reputations for adding value beyond the checks that we write. Our ability to attract the best startups is based on our reputations. 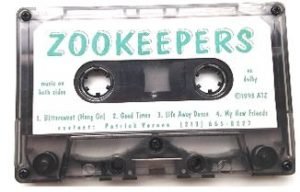 As any talent scout will tell you, good acts don’t just fall in your lap. In fact, the ones that are falling into your lap in the form of unsolicited submissions are usually a waste of time. Just as A&R reps begrudge receiving hundreds of unsolicited demo tapes from wannabe bands, VCs similarly find little value in anything coming over the transom. VC firms receive hundreds of random pitch decks. Bigger firms may have interns or young analysts take a quick look at these, but for the most part, time spent going through these submissions is not well spent.

VCs spend a lot of time at industry events to keep these networks active. National conferences, venture show­cases and even startup competi­tions, all of which are opportunities for VCs to nurture relationships with experts who might eventually be helpful for sourcing deals, performing due diligence, finding a strategic partner for a portfolio company or even exploring exit opportunities.

If you ever see a VC as a guest speaker, on a panel, judging a competi­tion or teaching a class, note that that they have incentives to take part in these activities beyond giving back to their alma maters and communities. VCs need to build their reputations and expand their networks. These events help VCs brand themselves as trustworthy and accessible members of the startup ecosystem.

Somewhat counter-intuitively, syndication has become a ubiquitous industry practice. It would seem like a tricky decision for a VC to bring in another VC firm on a deal. If our firm found a great startup and thought we could make a lot of money, why would we want to share that upside?

It turns out that the benefits of syndication outweigh the downside of shared success. Perhaps the most important benefit: to get to unicorn status, the startup will ultimately need to raise more than we can likely supply ourselves, which means we’ll eventually need more investors anyway. If that is the case, it is a good idea to bring them in early so that they are part of the entire process with incentives aligned with our own.[1]

In addition to the likelihood that we’ll need the extra cash, we could use extra help turning the startup into a unicorn. The more VC firms we have behind this startup, the greater our chances of success, one could argue. Each firm has a network of portfolio companies, serial entrepreneurs, potential acquirers and a whole range of industry experts who could be helpful. At the very least, we’ll have more people pulling for us and fewer rooting against us.

There is another crucial benefit to bringing in a syndicate: confirmation that we aren’t crazy. Hunting unicorns is tricky business, and like many creative endeavors, there is a very blurry line between genius and crazy. If we can find another VC firm willing to join us in an investment, we have solid validation that we are onto something good. We also have a CYA (cover-your-ass) plan to take to our LPs in case the whole thing blows up. (A VC once told me, “You’ll never get fired for syndicating with Sequoia.”)

While you might deduce that VCs would want to invest alone, it turns out that they almost always syndicate at some point before a startup exits. Exactly when to bring in syndicate partners can be a source of internal conflict for a VC, whose duty is to maximize returns for LPs. One common tactic is to take an early, smaller round in its entirety with the plan to begin courting syndicates for the following, bigger rounds.

Firms often invest different amounts in the round and may have different levels of involvement. Generally, one firm leads the deal, meaning that firm does the bulk of the due diligence and perhaps has the largest stake. Sometimes firms will co-lead.

Often the lead investor is the firm that discovered the startup, but it is not a hard rule. It is also common for the firm that makes the largest investment to be the lead, but again, this is not set in stone. Lastly, the most prestigious firm in the syndicate will often take the lead.

For other VC firms to be a valid source of deal flow, we must become the type of VCs that others want to work with. This theme will reappear numerous times in this book. This is a people industry built on reputations. To get into the best deals, we need a great reputation.

Another very important development in VC deal sourcing over the last decade has been the emergence of the startup accelerator. In 2005, Y-Combinator launched the first class of what would become known as an accelerator by combining seed stage investing with a package of services intended to help early stage startups accelerate their development and growth. TechStars followed a couple of years later, and today there are hundreds of accelerators, over 450 in 2015 according to Entrepreneur magazine, with Y-Combinator and Techstars remaining the leaders in the field.